Roger Kanno of SoundStage! tested the MilleniaOne in its premier review paired with the Seismic 110 and this combo wowed him so much it was stamped with the esteemed SoundStage! Network "Reviewers' Choice" accolade.

"If I were looking for a compact lifestyle system, this one would be at the top of my list."
- Roger Kanno, SoundStage!


Roger discusses his first impression of the MilleniaOne's in a two channel application:

"To get an idea of the Millenia One’s performance, I first listened to a stereo pair without the aid of a subwoofer. As expected, they didn’t extend particularly low in the bass, but I was surprised at how big and powerful they did sound. Nils Lofgren’s guitar on "Keith Don’t Go," from Acoustic Live (CD, Vision 820761101422), was reproduced with a thrilling explosiveness. There was a good bit of weight behind the resonance of the guitar, and the strings had lightning-fast speed. About three minutes into this track, when things really get going, there was a natural richness to the sound, but the guitar never lost its tightly controlled character." 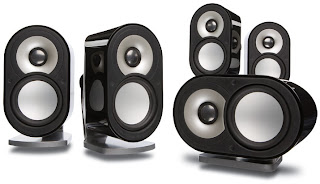 .
And then for the home theater enthusiasts, Roger turned on the center, surrounds and sub:
"...Adding the Reference Seismic 110 sub to the array transformed the Ones into a remarkably coherent, full-range speaker system." 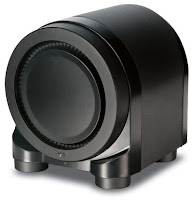