"As far as PC speakers go, I couldn't ask for a better outfit" says Secrets of Home Theater on the Paradigm SHIFT A2 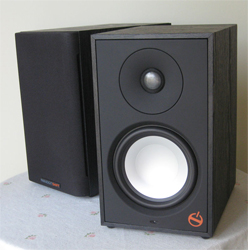 A little trip down memory lane...
Nearly two decades ago, when the idea of powered speakers in the high-end audio world was seen, quite simply, as absurd, Brian Florian of Secrets of Home Theater and High Fidelity was a huge fan of the Paradigm Reference Active 20 and bigger brother Active 40 powered speakers. Not to say he was the only one who loved them, because he certainly wasn't, but unfortunately the iPod hadn't been introduced yet and with Paradigm Reference grade technology, the Actives weren't necessarily inexpensive... yada yada... not enough customers rushed to the closest Paradigm dealer to buy a pair. So in 2001, Paradigm decided to throw in the towel and leave the powered speaker market and like many Paradigm customers and industry persons, Brian was not pleased. In fact, ever since, Brian has been bugging the Paradigm team to bring back the Active line.

Fast track 10 years, the iPod is the main source for music (figures!) and suddenly a whole new generation of customers want nothing other than powered speakers (and other mobile products like earbuds and headphones). Soooo Paradigm eagerly responds to this growing desire with Paradigm SHIFT, a new brand designed for today's mobile music customer... and what's our first product? A fun and budget friendly powered speaker, the Paradigm SHIFT A2 (big shocker right?) ... That's right, we're back in the game and this time, we're not so 'absurd'.

Anyhow, enough with the history lesson, there's a point here... So we announce the Paradigm SHIFT A2 and no surprise, Brian Florian wants a taste and we were more than happy to ship him a pair to play with. We recommend you read Brian's full review but here's a few teasers to get you excited:

Comparing Apples to Oranges
"... when Paradigm announced a new powered speaker earlier this year many, again myself included, hoped it would be the second coming of the Active Studios. It isn't. Wait, don't hit the back button in your browser just yet. They may not be Active Studio/20s, but they don't cost $2000 a pair either. I've been bugging Paradigm nonstop for 10 years to make something like this: a set of small, powered speakers, something I could use at the PC."

The Orange Doesn't Fall Far from the Apple Tree
"In practice the A2s have the sound which Paradigm is known world over for:  for the most part well balanced, neutral, able to articulate complex music through the difficult midrange and exhibit pinpoint accuracy in terms of spatial imaging."

"As the listening level increases though, they morph into something very different, no doubt at the hand of the embedded signal processing. The A2s do their best to maintain a clean output at high levels but rather than let you test the physical limits of the motors, the A2s instead (by design mind you) shed fullness and dynamic range."

Conclusion
"The A2s seem quite resistant to abuse as such and I think that Paradigm has succeeded in their goal: at modest, near field output they sound like a true hifi speaker, but if someone wants to crank them for a patio party to decibel levels which would destroy most ordinary compact powered speakers, they can do that, albeit with compromised fidelity (but at a patio party, who's critically listening anyway?)."

"...the A2 makes for a fantastic "bookshelf" system. They also would make a very decent upgrade to a TV's built in sound and do so without adding another box to the equipment stack (or remote to the side table). And as far as PC speakers go, I couldn't ask for a better outfit."
Click here! to read the full review.
Click here! for more information on the A2 or to buy online.
Posted by Paradigm Electronics