"...by far, the best-looking stand-mounted speaker Paradigm has ever made, and to my ears is their best-sounding" - Doug Schneider, SoundStage!


Recently, we published a blog post summarizing a teaser Doug Schneider of SoundStage! Network had written about his out-of-box experience with his review set of Paradigm's 30th Anniversary Inspiration speakers, called... Today's Inspiration, Courtesy of Paradigm. Though it was obvious Doug had a positive first impression, we had no idea just how much he would come to love the Inspiration speakers. Now, the full review has been published and we are simply delighted with the outcome - even earning a SoundStage! Network Reviewers' Choice award! 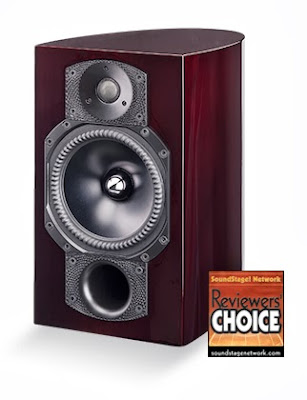 Though this may seem like quite the lengthy blog post, it doesn't even begin to scratch the surface of the depth that Doug has gone into in his review, so we highly recommend that you read the review in full. For now, here are some of the great quotes...

Tailored and Limited
"...it’s obvious that Paradigm remembers their roots and has designed these two models for aficionados of two-channel sound. But they won’t be available for very long..."

"The Reference 30th Anniversary Inspiration and Tribute are being produced in limited editions at Paradigm Electronics’ state-of-the-art manufacturing facility in Mississauga, Ontario, Canada. Because Paradigm is so vast an enterprise, they’re able to make almost everything for their speakers in-house: cabinets, crossovers, drivers, and various other parts. Having such resources at hand and not having to rely on off-the-shelf parts allows their designers to tailor specific components to the needs of each speaker design -- not insignificant when attempting to design a certain level of build, styling, and performance to a particular price. Evidence of this approach shows up everywhere in the Inspiration’s design."

Jewel-Like Finish
"The 30th Anniversary models come in only one finish: Dark Garnet Gloss. The finish is special -- in low light it looks like high-gloss black, but in brighter light it glows a deep red. Hands down, it’s one of the best-looking finishes I’ve seen from any company, and gives the modestly priced Inspiration luxury appeal. The phrase that continually popped into my mind was jewel-like."

Vivid Image
"The Inspirations had no trouble placing a vivid image of his voice at the center of the stage, in the right size, ample dimension, and with so much detail that I could tell that he was this close to the microphone."

"Insofar as soundstage size and image specificity went, the Inspirations nailed it all, and then some."

Clear and Clean Highs
"The Inspiration’s highest highs sounded as clear and clean as those from some of the best speakers I’ve heard, including ones costing multiples of its price. Because of their lively highs, the Inspirations... have the most natural, neutral, and pleasing balance when listened to not directly on the tweeter axis, but about 15-30° off axis (depending on room acoustics)."


Bass Outstanding
"Overall, the Inspirations sounded weighty enough, punchy, and well fleshed out, so I suspect most listeners won’t be left wanting a subwoofer unless they’re real bass freaks or will be using these speakers in a home-theater system, where ultra-deep bass is pretty much mandatory to get the most out of soundtracks."

"There’s usually a pretty direct relationship between price and bass quality and quantity: you pay more, you get more. Considering the Inspiration’s price, the size of its cabinet, and the diameter of its midrange-woofer, I found the depths it was able to reach wholly satisfactory, and the quality of that bass outstanding."

Audiophile Dictionary Defined
"All of this qualified the Inspiration as a strong performer. What made it sonically special was its clarity, which in my audiophile dictionary encompasses such terms as transparency, openness, resolution, detail, and maybe a few others."

Rock Solid from Bottom to Top
"I heard/saw an astoundingly clear view into the recording, with a width and depth of stage that was extraordinarily easy to discern, images that were rock solid in space, and musical nuances that were a snap to hear, from the bass through the highs. Forget about trying to hear into the recording, imagining a credible soundstage, picking out subtle cues -- it was all just there, in grandly stark relief."

"...from about 50Hz up, the Inspiration offers a crystal-clear view into recordings that, to my ears, is unmatched at the price."

Unique and Exclusive
"The beautifully built 30th Anniversary Inspiration is, by far, the best-looking stand-mounted speaker Paradigm has ever made, and to my ears is their best-sounding and their highest-resolution..."

"What’s probably more important is this: In terms of appearance, build, and sound, as well as the exclusivity offered by a limited edition, and the cachet of custom features, the Paradigm Reference 30th Anniversary Inspiration is a unique and highly appealing speaker that’s tough to beat at the price. If all that doesn’t make a product special, I’m not sure what does. If what I’ve described appeals to you, consider ordering some Inspirations before it’s too late."

Click here! to read Doug's review of the Paradigm Inspiration.

Click here! ...
for more info on the 30th Anniversary Inspiration and Tribute.