The Absolute Sound released its 2014 Guide to High-Performance Loudspeakers. The guide "...features some of the best loudspeaker coverage from TAS during the past year, as well as a host of new content created expressly for this outstanding online Buyer’s Guide..." 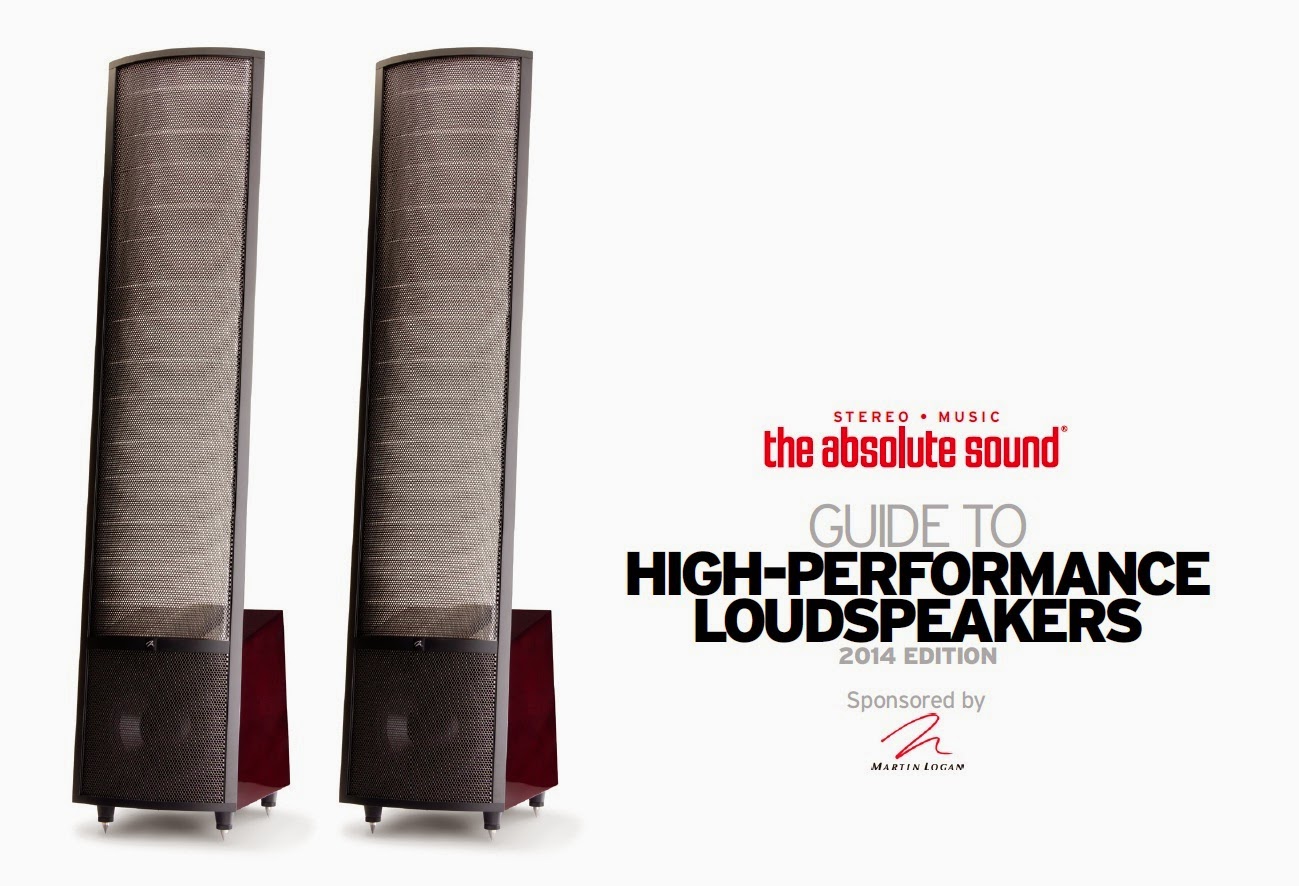 "The year 2012 was Paradigm’s 30th anniversary as a loudspeaker manufacturer, and to mark the occasion the firm has chosen to build two very limited edition loudspeakers: a floorstander called the Tribute and a stand-mount monitor called the Inspiration, which is the subject of this review. Paradigm’s intent with these models was not necessarily to create statement-class products, but rather to build speakers that would represent the very essence of the company. What is that essence? In distilled form, I would say Paradigm combines one part meticulous design (leveraging design philosophies originating out of the loudspeaker research tradition pioneered at Canada’s National Research Council), one part advanced materials science, one part build-quality, and one part (one very big part) value for money."

Also selected as a top pick in the category of "Desktop & Super-Compact" speakers is the Paradigm SHIFT A2 (Pg. 28).

"A 2012 Golden Ear recipient, the cleverly named Shift A2 is more than just a serious loudspeaker—it’s a winning example of forward thinking. Compact, internally powered, equipped with DSP bass-management, and packed with enough back-panel inputs to connect to almost any source, it is what 21st century entry-level high end is all about. Its Everyman appeal bridges generations of music lovers, and it just happens to sound great in the bargain. It won’t be for the devout traditionalists, but its combination of sound and value extends the welcome mat to nascent high-enders who may have previously thought they couldn’t afford the entrance fee." 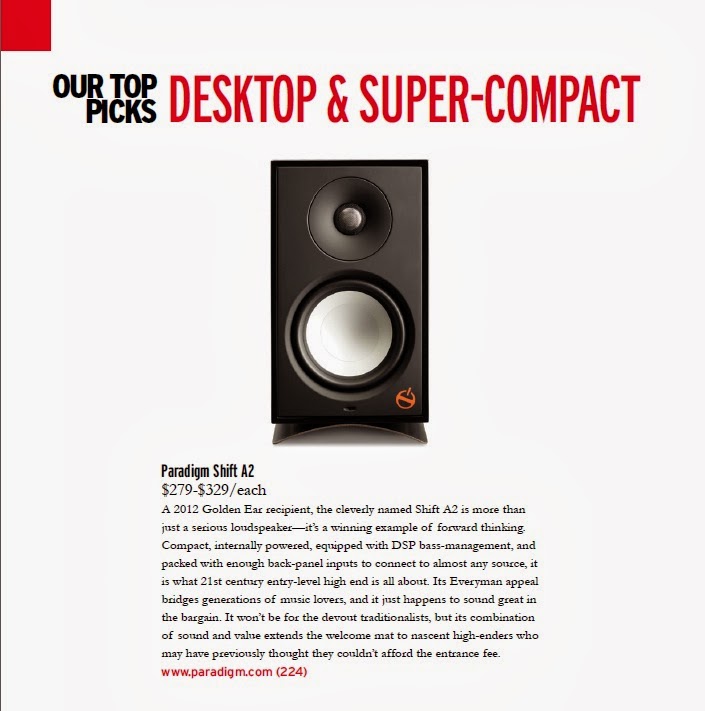