"...rocked out in the best of ways" - Sam Posten of Home Theater Forum on Paradigm's Soundtrack 2

Sam Posten of Home Theater Forum admits to being, as he puts it, "a bit of a 5.1 snob", but he recently decided to spread his wings and review our Soundtrack 2. Here is a summary of Posten's thoughts... 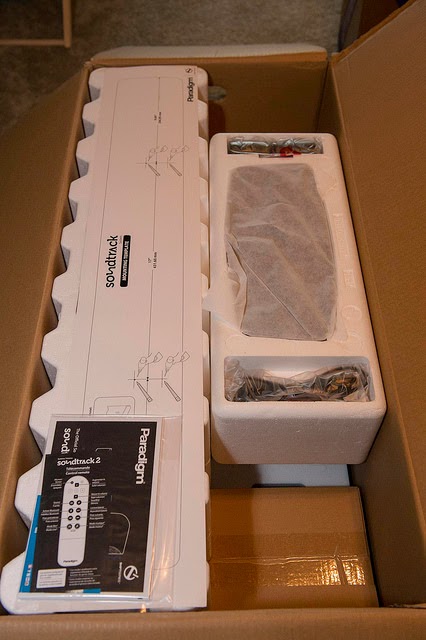 First Impressions
"I got the unit in 3 weeks ago and have been putting it through its paces in 3 separate test cases: As a desktop speaker system playing tunes from my iPhone and iPad via Bluetooth. As an extension of my iMac playing 2.1 sound from movies and music via iTunes. Head to head with my bedroom 5.1 setup as a traditional 2.1 channel sound bar."


Setup
"Despite the size, setup couldn't have been easier and unboxing was impressive... Setting up the sub was likewise easy... Setting up the sub was likewise easy. You have two choices: wired or wireless. I chose to go wireless -because- I am generally suspicious of the quality of doing so. Well this pretty much shut me up, plugged in, slid a switch to wireless and hit a one button sync and we were off... Sound quality on the sub was thrilling. 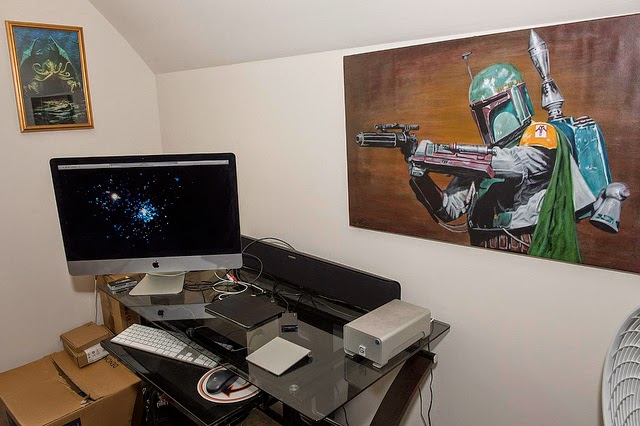 Performance
"It came as a huge leap to be able to have thumping bass from a real sub tied to these devices. Bluetooth setup couldn't be easier. Hit the ‘sync’ button on top of the unit, have your iDevice scan for Bluetooth targets and you are linked and playing as fast as you can swap to your music player of choice. I tested it with iTunes, Beats, Spotify and Pandora, all rocked out in the best of ways. I do not consider myself a golden ear audiophile but even streamed music and my collection of compressed music files sounded better than I expected out of a system this size." 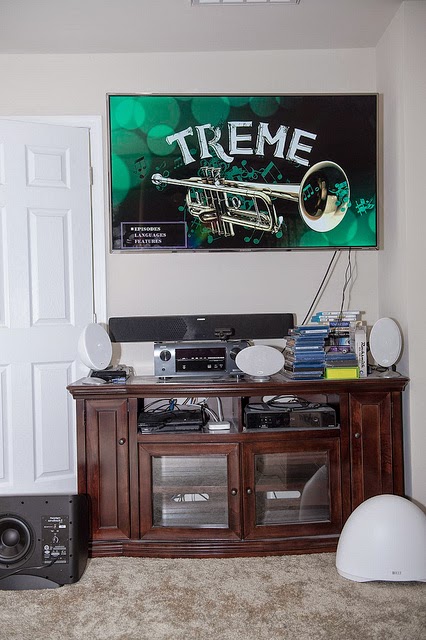 "Musically it’s no secret I tend to love songs with ultra low end, and appreciate songs from the last 60 years which feature big bottom. Here’s my playlist, 600+ tracks of Bass Buster / Subwoofer Test: In Case of Emergency, Break Bass: http://navesink.net/...E-BreakBass.pdf. I flipped through that over 3 days using shuffle and came away dang impressed."

Final Thoughts
"While 5.1 is my bread and butter, it’s a simple fact that not every room needs or can support such a setup. If I didn't already have a full 5.1 setup in my bedroom I bet I could be happy with a Soundtrack 2 in there, and if you have an office, a basement gym or other small space where you’ll be spending a lot of time where you’d like a LOT more punch to your music then I could see the Soundtrack 2 being a perfect value for you. Right now you can get the Soundtrack 2 at major vendors for $899, which is a good chunk of change but when you consider the Bluetooth connectivity and ease of placing the sub wherever you want on top of the great Paradigm sound that is inherent in the system, it might just be worth the premium."