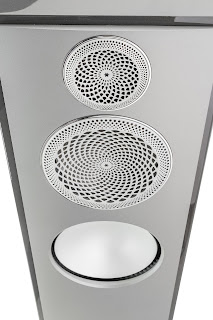 “…[Y]ou want to experience these speakers, for they have the power to evoke emotions like nothing I have ever heard before. Loud surround is simple. Imaging and transformational sound is not.” - Heather L. Sidorowicz, ResidentialSystems.com

“I had a chance to listen to some tracks through a pair of Persona 9H’s, including Stevie Ray Vaughn’s “Tin Pan Alley,” Peter Gabriel’s “Mercy Street,” and Daft Punk’s “Giorgio by Moroder.” The speakers handled the challenges of the acoustically difficult meeting room with aplomb. ARC smoothed out the bass response from the two speakers, and with a total of eight 8.5-inch differential-drive woofers pumping the air, they had plenty of depth and impact. Imaging was as good as it gets, which is usually the case with well-designed top-tier speakers.” - Mark Henninger, AVSForum.com


“We quickly realized that these are speakers we'd want to take a closer listen to in our own listening space.” - Gene DellaSala, Audioholics.com


“I enjoyed a fantastic demo that featured some of the most detailed recordings I’ve heard. The transparency and resolution seemed almost without limit. The goal of Paradigm’s five-year development was to minimize distortion. To my ears, they’ve eliminated it. I look forward to seeing these speakers measured because they presented nothing but clean neutral sound.” - Christian Eberle, Hometheaterhifi.com