"I’d love to see the stats: How many audiophiles in 2016 bought parts of their system -- or their entire system -- online or over the phone, without ever having heard the component(s)? I know from the letters I receive that many of you do, if only out of necessity. The number of dealers stocking high-end audio gear has shrunk over the years, and sometimes it’s just not feasible to hear the component you’re considering buying before you actually buy it. And comparing two different brands side by side -- the two specific brands you’re most interested in -- is often next to impossible. Many dealers carry only a few brands, and typically complementary rather than competing brands." 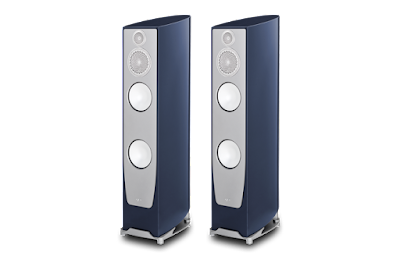 "The speakers I recommend are the new Paradigm Persona 7F ($25,000 USD per pair), the next-to-top model of the Persona line. The very top Persona is the 9H, which has an active bass section with four 8.5” woofers. The fully passive 7F has a 1” beryllium-dome tweeter and, surprisingly, a 7” beryllium-cone midrange. The bass range is handled by two 8.5” woofers -- half the number in the 9H -- that must be powered by your own amplifier. Although I love the thought of the active bass in the 9H, a pair of them costs $10,000 more and I suspect that the 7F would produce plenty of low end for most folks in most rooms. Plus, a lot of people like the more conventional passive approach, because that’s what they’re used to. And that’s OK. Being a large three-way speaker, the 7F should be able to handle practically anything you throw at it, including doing double duty with movies and music. I hear that you can get them in blue -- Aria Metallic Blue, to be specific. That’s what I’d choose."

Read the full article from The SoundStage! Network, and visit our website for more information about the Persona Series.
Posted by Unknown