Half the Price or Less: Paradigm Signature S2 Competes with the Best! 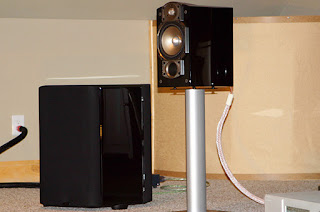 On February 1st Jeff Fritz of Ultra Audio wrote an opinion piece called "How Close Can I Get for Half the Price or Less?" in response to a common misconception in the audiophile world that the more you spend, the better the gear.

"Audiophiles will sometimes spend what they feel they must spend because they assume that, in high-end audio, the ratio of price to performance is a linear one.  But if your breadth of experience is broad enough, you'll surely have learned that spending more doesn't always buy more performance.", said Fritz.

"I often see audiophiles decide how much they're going to spend on a stereo component before they've even considered what they need to spend to meet their goals.  The problem with this predetermined approach is one of a lack of context: The shoppers simply can't determine relative value without a more informed knowledge of what's available", he continued.

And so, Fritz decided to take it upon himself to answer his own question, just how close to the best could he get for half the price or less?  His goal - $10,000/pair maximum.  And so he went to work... 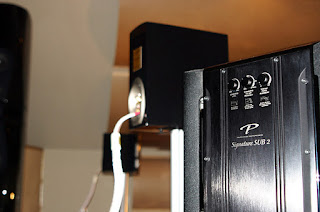 On March 1st, just 28 days later, Jeff published his results.  And what brand did he choose to put to the test?  None other than Paradigm!  More specifically the Paradigm Reference Signature S2 v.3's in Piano Black at $2898/pair, (well under the $10,000/pair mark!), couple with our new ground-breaking bass pumper, the Paradigm Reference Signature SUB 2.

And what were the results?   Check out a few statements from Jeff's review...


Highs
"The Reference Signature S2 v.3 could compete in the highs with virtually anything I've heard at any price. It was neutral and extended, clean and precise, without being harsh or brittle. And I threw some hard tests at it."


Lows
"The bottom line is that Paradigm has optimized the drivers in the S2 v.3 for the clean, loud and linear reproduction of sound.  When you have the resources of a Paradigm, in terms of both technical talent and manufacturing efiiciency and capability, you have some strong advantages.  The drivers in the S2 v.3, it seems to me, would be right at home in products costing many times as much."


Conclusion
"There's no doubt that a system like the Paradigm Reference Signature S2 v.3 and Sub 2 can compete with many speakers costing twice or thrice as much -- or more. It will have the frequency extension in both the highs and lows to match any of them. It also can make magic between those frequency extremes that will compete with almost all, and destroy many, speakers with price tags dearer than ten grand. In fact, around the Paradigm's price range, I don't know of a better alternative.  The best speakers I've review that compete price-wise, such as Thiel's CS2.4SE, just don't have the ability to reproduce large-scale music with the sheer oomph of this Paradigm pairing. Even speakers with such excellent pedigrees as the WIlson Audio Specialties WATT/Puppy 8 and the YG Acoustics Kipod, both of which I've very positively reviewed, don't pay as low'n'loud as the Paradigm combo, nor do they outpace the S2 v.3s in the super-high frequencies.  The Paradigms compete commendably with products that they would not usually be compared with in a retail store."

So there you have it!  Paradigm proves accurate it's 'Best Price/Value' reputation, yet again.  To read Jeff's full review of the S2-SUB 2 combo, click here!
Posted by Paradigm Electronics