Look who's wearing Paradigm SHIFT earbuds!  Not just your average Joes, turns out they appeal to NFL players. 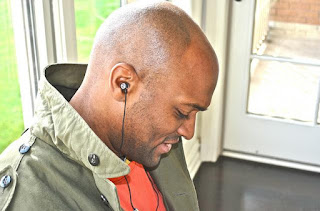 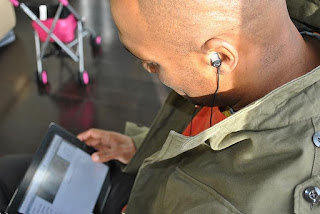 Hours later, Toomer is still lost in the music, picking tunes on his iPad. 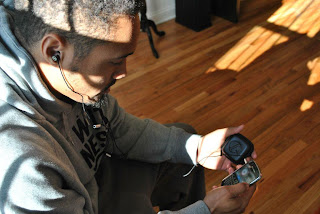 Travis Beckum, current tight end for the New York Giants, trys out the E2m's on his Blackberry. 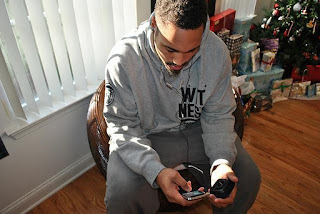