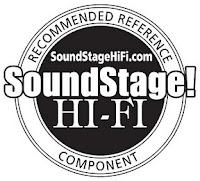 When Jeff Fritz of SoundStage! reviewed the Paradigm Reference Signature SUB 2 in 2009 he immediately gave it the "Reviewers’ Choice" award. Then at CES 2010  it was given a 2009 SoundStage! Network Product of the Year award in the category of "Pioneering Design Achievement". Now nearly two years later the SUB 2 has been awarded with "Recommended Reference Component" status.

"Specs aside, what matters is how the Sub 2 performs with music. When Jeff Fritz reviewed the Sub 2 in October 2009, he not only put its performance on a par with that of the JLA Gotham g213, he gave the nod to the Sub 2 for its substantially lower price. According to Jeff, "Paradigm has the engineering expertise and the research-and-development budget to take on such lofty goals as creating the most ambitious powered subwoofer, and with the Sub 2, they’ve catapulted themselves into the annals of subwoofer history. The Paradigm Reference Signature Sub 2 is a tremendously ambitious effort that redefines what should be expected of a powered subwoofer. I haven’t experienced another subwoofer that I think is as capable, and certainly not when considering the price." 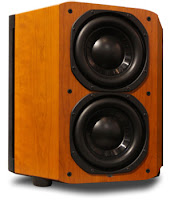 "The Sub 2 became Paradigm’s best subwoofer the moment they released it, and quickly became known as one of the very best subwoofers money could buy. It’s still that way today -- a state-of-the-art subwoofer when released in 2009 that’s being recognized as a SoundStage! Hi-Fi Recommended Reference Component today."